Fosjoas V6 is noted for its agility, which is evidenced when it turns. It turns more quickly and conveniently than other models. At the same time, Fosjoas V6 one wheel scooter is the symbol of the skill of riders. All pro players like it and ride it in the street and parks to show off their amazing wheelie before viewers. The viewers all applaud their thrilling wheelie. Almost of all viewers want to buy V6. But the hardship of use scares away a host of riders. 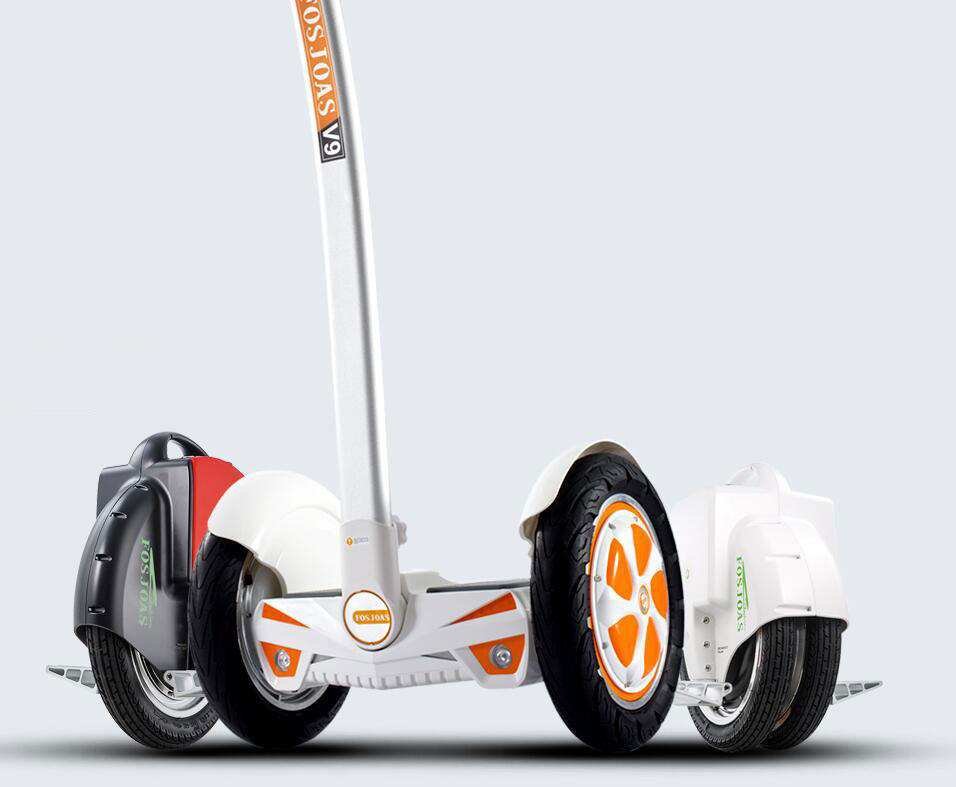 The next time was the age of the twin-wheeled electric scooter. Given that many people cried for an easy-to-ride scooter, Moben Global Inc. pushed out the V3. This kind of scooter benefited from the previous model Fosjoas V6. Fosjoas V3 inherited the same frame and design from Fosjoas V6. At the same time, Fosjoas V3 also made difference. The twin-wheeled hub structure ensured the balance and won over more scooter-lovers. The original twin-wheeled structure enhances the ability to keep balance. Therefore, there are myriads of people who like it very much. Fosjoas V3 has gained a footing in the whole market. The main reason of its draw is the ease of use.

Moben pushed out Fosjoas V9 2-wheeled electric scooter that are applied to many fields in order to expand the application of Fosjoas intelligent electric scooters. The elegant aerodynamic white body is embellished with orange colour, making V9 more energetic and fashionable. The handle grip is made of light grey silica gel, which feels good in holding and durable in using. V9 is easy to be seen in works and golf paddocks.